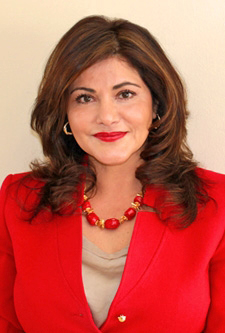 Maribel S. Medina is a Partner at the law firm Leal Trejo, APC. For nearly three decades, Leal Trejo, APC, has served public agencies of California, including cities, water districts, school districts, county offices of education and community colleges. We have expertise serving the legal needs of school districts as small as a few thousand students to those of the second largest school district in the country. Our team of attorneys represent public entities in the capacity of city attorneys, general counsel and special counsel.

Ms. Medina chairs the firm’s education and litigation practice groups. In this capacity, she is responsible for the firm’s civil litigation matters. Most recently, on behalf of a water district, Ms. Medina prevailed in obtaining the dismissal of a qui tam lawsuit. On behalf of a city client, Ms. Medina persuaded the U.S Court of Appeal for the Ninth Circuit to affirm the dismissal of a lawsuit brought by a motel owner alleging violations of the Fourth, Fifth, and Fourteenth Amendment rights. Her litigation experience also includes working collaboratively with state and federal agencies. For example, Ms. Medina works with district attorney offices throughout the state on matters dealing with allegations of fraud, conflicts of interest and child abuse. She works with the Securities and Exchange Commission on matters related to the public bond funds.

Despite Ms. Medina’s numerous professional obligations, she prioritizes her commitment to community service. She believes that she has a duty to give back to the community that gave so much to her. For instance, after negotiating multi-million-dollar development deals for a city or school district, or? after meeting with elected officials in Sacramento regarding policy issues and legislation that affect the Latino community, Ms. Medina makes time to reach out to young students to help motivate them to attend college. She regularly shares her experience with students at local colleges, high schools and continuation schools.