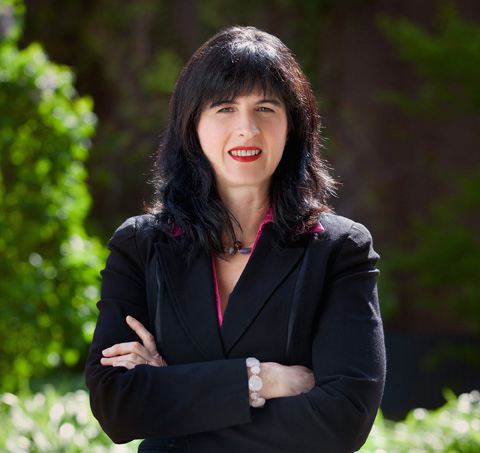 Professor Martine Valois is a graduate of the Université de Montréal’s Faculty of Law (LL.B. 1996 and LL.D. 2010) and of Harvard University (LL.M. 1991). She has been a member of the Bar of Quebec since 1988. She received the Lawyer Emeritus distinction from the Bar in 2017. This prestigious distinction is awarded to distinguished members of the Order in recognition of excellence in their careers, their influence in the community, and their contribution to raising the profile of the legal profession. After starting her career in private practice with the firm McCarthy Tetrault in Montreal, Professor Valois worked for Department of Justice Canada where she was Senior Counsel in the immigration law directorate. In 2011, she joined the ranks of the Faculty of Law at the Université de Montréal. Professor Valois’s doctoral research was on judicial independence. In her thesis, Professor Valois examined how the judicial function has evolved as part of a larger historical and sociological process. Her study analyzes the changes to the judicial function over time, in light of historical alterations in the organization of political powers and the making of law. Her thesis was published in French under the title L’indépendance judiciaire. La justice entre droit et gouvernement (Thémis/Schulthess, 2011) and was prefaced by former Supreme Court of Canada justice Michel Bastarache. This publication was awarded the 2012 Walter-Owen Prize by the Canadian Bar Association. This prize is awarded in acknowledgement of excellence in legal writing and exceptional new contributions to Canadian legal doctrine. Her book was translated into English as Judicial Independence: Keeping Law at a Distance From Politics (Markham, Ontario: LexisNexis, 2013). Professor Valois has given numerous conferences on the topic of judicial independence in Canada, Europe, China, and Israel. She is a contributor to a study on the independence of administrative justice in Quebec published under the title La justice administrative: Entre indépendance et responsabilité. Jalons pour la création d’un régime commun des décideurs administratifs indépendants (Cowansville: Yvon Blais, 2014). Professor Valois is coeditor of a book to be published this fall that will celebrate the 50th anniversary of the Federal Courts of Canada. She has also authored 3 of the 18 chapters of this book (Martine Valois et al., The Federal Courts at Fifty: Equity, Droit, Admiralty (Toronto: Irwin Law, 2021). Professor Valois is also a contributor to Colleen M. Flood and Paul Daly, Administrative Law in Context, 4th ed. (Toronto: Edmond Publishing, 2021).

Professor Valois teaches administrative law, constitutional law, immigration law, and legal history. She is the director of a graduate diploma in Canadian refugee and immigration law at the Faculty of Law of the Université de Montréal. Professor Valois’ academic interests include research on judicial independence, adjudicative independence, commissions of inquiry, public procurement law, anticorruption law, alternative resolution of conflicts in the public sphere, governance, refugee and immigration law, fundamental rights, and social systems theory. She has written extensively on these subjects.

Professor Valois is Academic Adviser to the Canadian Institute for the Administration of Justice, a non-profit, independent organization that brings together the stakeholders in the justice system and conducts specialized seminars and multidisciplinary programs. As a researcher, she is part of the Centre de droit des affaires et du commerce international at the Faculty of Law and a member of the Université de Montréal ethics committee. Professor Valois does volunteer work as a member of a Monitoring Committee whose task it is to survey the extent of the implementation of the 60 recommendations of the Quebec Commission of Inquiry on the awarding and management of public contracts in the construction industry, and whose report was rendered public in 2015. Before she joined the Faculty of Law, she acted as Principal Drafting Advisor to the Commission of Inquiry on the nomination process of judges in Quebec.

Professor Valois has spoken at a wide variety of academic conferences, professional development programs and judicial education seminars in Canada and internationally. She is a frequent commentator on legal matters and is sought-after by various media in Quebec and Canada. She is a regular contributor to the journal La Presse in Quebec.